fall is in the air…and in the mail! 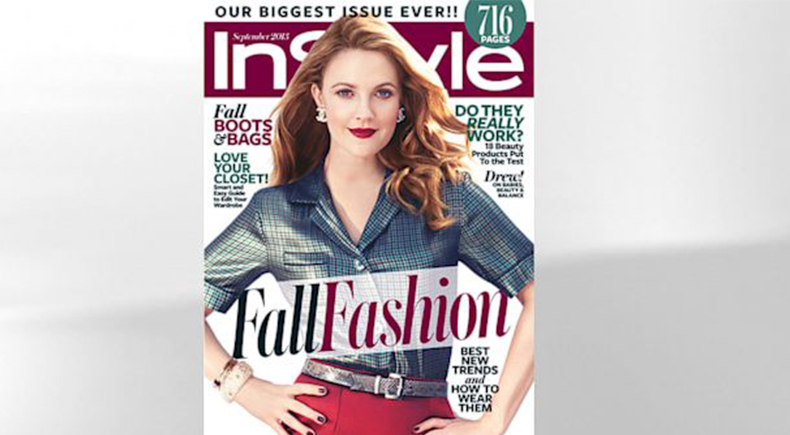 Postal workers might want to take a few “sick” days leading up to September (wink, wink). With magazines seeing a huge surge in ad pages for the year’s biggest issue – the September issue, our mail carriers will probably need to take a few more rests between mailboxes. Vogue clocks in at nearly 4.5 lbs (with 665 ad pages alone!) followed by InStyle with 455 ad pages and a solid 3 lb. showing. (The InStyle issue weights as much as two kittens!)

In fact, the September issues have only grown in size since the 2007 recession (Vogue had a record-breaking September issue that year with 727 ad pages). Elle will see its largest issue ever; Marie Claire‘s ad pages were up 13.5% over 2012; Glamour will see an 18% over last year’s September issue; InStyle and People StyleWatch will see their largest issues ever. In fact, no major fashion magazine saw a decrease this year, the first in a long time.

With covers graced by the likes of Drew Barrymore, Jennifer Lawrence, Jennifer Aniston, and Sarah Jessica Parker, it’s hard to avoid the temptation of picking up an issue while standing in line at the grocery store. Of course, if we indulged in shopping from these issues, most of us would only be able to afford ramen. An interesting infographic breaks down the costs. If you’re reading Cosmopolitan, you needn’t spend more than $16,000 to acquire all 101 items featured in the magazine. However, pick up an issue of Bazaar and you’ll be spending nearly $440,000 to get 293 items. Vogue‘s average ticket price per item is a whopping $4,375!

Either way, we can’t get enough of the amazing fashion, the stars we love, and the escape a good magazine provides. Fall is in the air and one thing is for sure about the longevity of these September issues, given their heft, they will certainly make great – and stylish – bookends!